How it all started

What better time to start the NAOMI BOUTIQUE KOSHER TOURS blog.
REMEMBERING and celebrating 40 years of uncompromising KOSHER touring.
40 years developing and indulging an insatiable passion to see the world as a kosher Jew… without feeling we were missing out!!

This is how it all started…..

But first, let me introduce the actors in this story…. Ourselves!!

And all good people, Baruch Hashem!!

So as I was saying… our love affair with travel, and particularly with Italy, oh poor beloved suffering Italy, started somewhat shakily.

Naomi’s parents invite us to join them with 9-month old Zeev, their first grandson for Shavuot in Tuscany. Kosher package in the elegant Principe di Piemonte hotel, facing the sea, in Viareggio.

Wow – what an opportunity!! 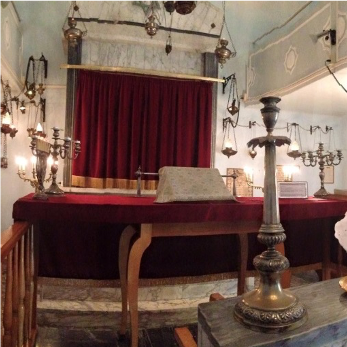 So we arrived erev yomtov, settled in to our rooms and headed off to shul. Yes, back in the day there was an active shul in Viareggio, a beautiful tiny “shtiebl” made entirely out of marble carved from the nearby hills of Carrara just to the north. For those who know the region, yes, it’s the same place that Michelangelo came to choose the block of marble from which to carve his incredible David statue.

So far, so good. Back to the hotel and into the dining room. We couldn’t see many others who were obviously celebrating chag so we told the maître d’ that we were part of the kosher “group”.

“Va bene” (all right) he intones as we are shown to our perfectly set yom tov dinner table. The sing song of even just 2 words in Italian raised our spirits. 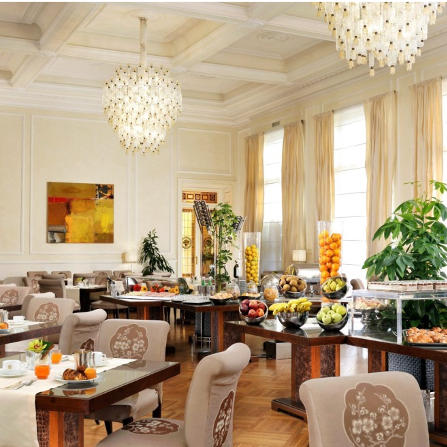 There were starched white cloths and napkins folded by a master napkin-folder, clearly trained by Modigliani. The candles flickered in their crystal candlesticks, the silverware was so polished it could be used as a reversing mirror in a Ferrari. The glasses sparkled so brightly that you had to cover your eyes to avoid being blinded.

We were in Gan Eden!!

Locally produced wine with appropriate Hebrew and Italian on the label arrives.

Rolls are brought, piled in silver baskets lined with yet more starched napkins, this time folded into the shape of a lotus flower. Plates with geometrically rolled butter portions. Yay, a chalavi meal. Salt, pepper, a personal bottle of oil by each place setting. we’re ready to go!

Kiddush, Hamotzi and we indicate to our new friend the maître d’ that we are primed!! He clicks to some of his team to place the napkins on our knees as others glide in from “la cucina” with steaming hot plates of pasta, placed in front of each of us with synchronized movements worthy of Swan Lake.

But then , before anyone had even raised their forks (as we were half waiting to be fed), Naomi’s 10 year old brother breaks the expectant silence, pointing to his plate, shouts at the top of the voice; “What’s on the pasta?” Shhh … everyone tried to introduce the child to some Italian decorum. As we learned years later, eating in Italy is their holiest activity, accompanied by a slew of “mitzvot and minhagim”. The moment before indulging is when one inhales the aromas, swills the wine or admires the edible creation on one’s plate. Silence. Definitely no-one shouts!!

But the damage was done and we all started to focus on the tiny pink cubes sprinkled liberally above the creamy sauce. Diced tomatoes? Peppers? Despite the multitudinous years of culinary experience between the group, no-one could be sure.

“Signor, cos'è questo sulla pasta?” I hate it when I speak to someone in my best sing-song expertly accented Italian and they insist on answering in English.

“Yes we cook it and then cut it into tiny pieces for taste and decoration, em!!”

“From the maiale … you know … oink oink”, indicating a round snout on his nose.

Clearing my throat and trying not to let him see the sweat collecting on my brow… and beyond… I said; “Could I possibly have a word with the Mashgiach?”

“Ah, so sorry sir but the Mashgiach didn’t make it in time. But sir you mustn’t worry. We know all the kosher rules. Not to mix meat and dairy, all meat must be kosher, no frutti di mare.”

“So this is... Ham?”, I stammered, wondering at what level of over-excitement 25-year-olds have heart attacks.

“Yes sir, this is not meat. This is just a little “em” to make your first meal in our hotel exceptional”, all accompanied by a smile that went from the Mediterranean to the Adriatic on the other side of the “boot”.

And at that moment I understood.

These Italian people were good people and incredible hosts and wanted to go the extra mile to make their guests happy. So the Mashgiach didn’t arrive… why let the guests know and upset them? And chef knows what to do…. we’ve done it before…. so what’s the problem?

All the maître had to do was lick his lips, kiss his gathered fingers and say “magnifico” and everything would be alright.

And then I learned another lesson. Getting upset NEVER solves anything. Taking a deep breath does. If the Creator created this situation it was for our benefit. Think POSITIVE. It’s Yom Tov!!

Within 5 minutes Naomi was in the kitchen. New frying pans, new pots, chopping boards, a team of sous-chefs, fresh fish with the skin on, unlimited vegetables, eggs, olive oil, fresh whatever we needed….

It was our first incredible stay in Italy but it inspired us. We fell madly in love with every centimeter of the region, especially with Lucca, 20 minutes inland. It changed our lives forever. If you read on, you’ll see how….